Max Corp and our staff have successfully completed a variety of soil nail projects throughout the Western United states. These projects have covered a wide array of projects including residential projects up to large scale commercial projects. Max Corp works closely with several Geotechnical and Structural Engineering firms and works in both the realm of design build or plans and specs projects. It is not uncommon for soil nail systems to incorporate alternative design elements to address difficult situations such as non-native soils, underpinning neighboring structures or other issues – Max Corp can work closely with you and your engineers to develop efficient solutions to these types of issues.

Description: The Hampton Inn project included a total of about 4,500 SF of temporary soil nail shoring as well as an additional 4,000 SF of flash coating of sloped areas. The temporary soil nail shoring consisted of 4 lifts of temporary soil nails for a total cut height of nearly 25 vertical feet at the highest point. The project was completed during the rainy season which added to the complexity of the shotcrete placement and the general site conditions. Max Corp was able to complete the project on time and on budget despite the fact that the project was shut down several days during the construction period due to weather conditions.

Description: The Staybridge Hotel project included a total of about 8,500 SF of temporary soil nail shoring. The soils for this project were predominantly glacial till with very dense sands and gravels, overlaid by a few feet of fill material. The project called for the installation of vertical elements to deal with the fill material on the surface. Max Corp was able to work with the engineer to eliminate the need for the vertical elements thus saving the owner in excess of $100,000. In the end the project was completed on schedule and below budget.

Description: The Farmers Market project included nearly 10,000 SF of temporary soil nail earth retention with 5 lifts of soil nails. The total vertical cut on the project was in excess of 30’ at its highest point. Max Corp worked closely with the owners engineers to develop a cost effective plan for constructing this project. For an extensive section of the shoring, Max Corp proposed nearly a year prior to extend the soil nails from an adjacent project an additional 6’ so that they would reach the proposed soil nail wall for this project. The owner accepted this and as such when it came time to construct this soil nail wall many of the soil nails installed from the previous project were able to be used again thus eliminating hundreds of feet of drilling, grout and materials and nearly a weeks additional work. 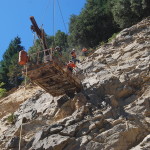 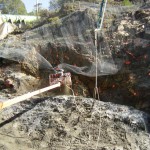 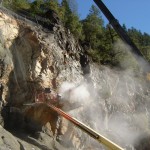 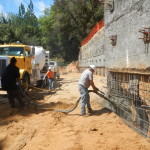 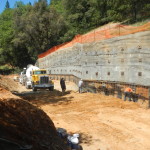 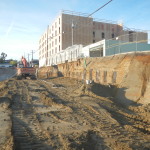 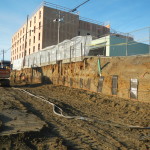 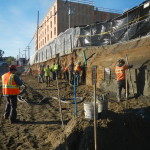 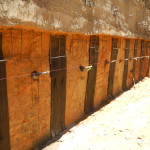 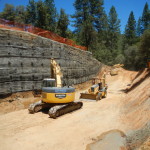 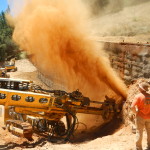 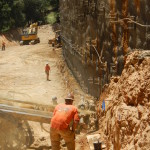 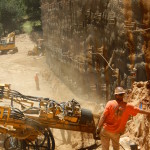 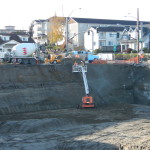 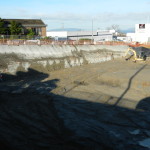 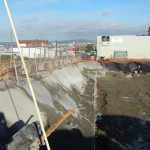 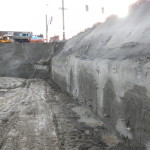 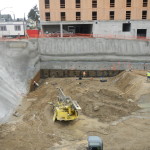