Description: Max Corp operated as the General Contractor on this project. The existing medical office building had experienced erosion over many years where soil and debris had been running down an adjacent slope and accumulating up against the building. Over many years existing Timber Pilings and perimeter support beams that were ultimately supporting the medical office building had rotted and become infested with termites. Max Corp developed a plan to jack and temporarily support the structure while occupied and remove the rotting portions of the piling and support beam. The remaining portion of the beam was then treated by an exterminator to ascertain that the infestation had been eliminated and the remaining wood was then treated with a wood preservative. A steel beam was then spliced into the wood structure and pipe piles were installed beneath the beam and adjacent to the beam. Ultimately a concrete abutment wall was placed to shore the toe of the slope and to support the perimeter of the office building.

Description: This project was located at the Station Camp site – the Western most camp utilized by Lewis and Clark. The site is rich with Native American and Camp artifacts. As such the Washington State Historical Society wanted to preserve the site for viewing but eliminate the trampling feet of the viewers. As such an elevated boardwalk was constructed over the area. The boardwalk was supported by Diamond Piers which are in turn supported by driven pipe pilings. Max Corp installed close to 100 of the diamond pier blocks and nearly 400 pipe piles to support the boardwalk. This work was completed with minimal impact to the native landscape and no material was excavated and removed from the site. 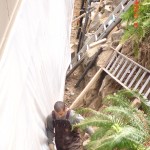 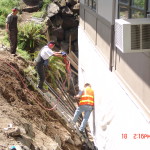 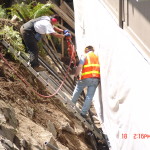 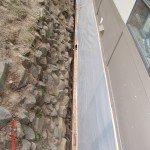 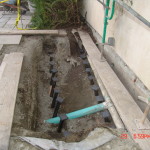 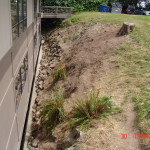 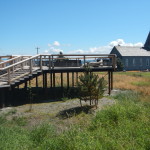 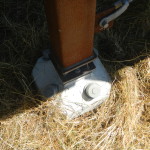 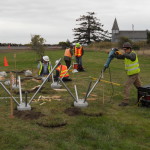 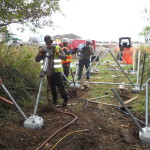 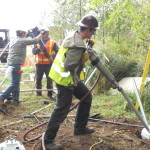